How to Choose Your Cruise: Antarctica 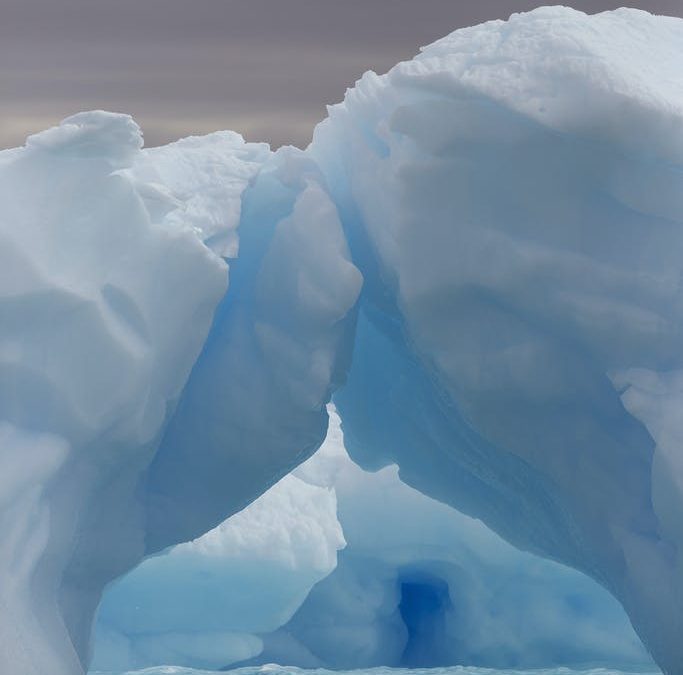 My cruise to Antarctica last year turned out to be one of the most life-changing — and life-affirming — trips of my life, filled with pinch-me moments.

It’s a land of extremes and superlatives as the coldest, driest, and windiest continent on Earth with the highest average elevation of all the continents. Everything in Antarctica is mind-blowingly big and dramatic. It holds 90 percent of the world’s ice and 70 percent of the fresh water. About 98 percent of its surface is covered in ice, more than a mile thick. It’s the least densely populated continent by far, with just a few thousand residents scattered at research stations.

As the most remote and inhospitable continent, very little is known about this desolate, frozen landmass. Almost two centuries after its discovery in 1820, the White Continent remains as mysterious and unfathomable as outer space. And here’s what I learned on my first trip: Compared to the world’s great landmarks, whether natural or manmade, it can easily put them all to shame.

It’s a place of endless wonder and beauty beyond the wildest imagining. Gob-smacking icebergs sprout in the water like marvelous sculpture gardens, their icy whites and translucent blues luminous in the inky sea. Whipped by wind and water, they assume fantastical forms, sometimes carved with crevasses, arches, and grottos where the water sloshes and gurgles. Sprawling glacial sheets cover jagged volcanic rock walls that shimmer in the brilliant sun against azure skies. Great cathedrals of ice line the horizon whose elaborate turrets, lofty spires, and extravagant towers make the landscape feel sacred, reverential. You can’t help but be humbled by such awe-inspiring scenery all around you.

It’s more remote and isolated than anywhere else in the world. It’s not just a different continent; it’s a different planet. The vast frozen landscape is otherworldly — stark, spare, and surreal in its white-on-white wilderness. As the least touched continent, it’s blessed with air so clean, so free of impurities, that the light is intoxicating. And because it’s so removed from civilization, the silence and stillness can be almost deafening. Indeed, no place else is this pristine and pure.

Yet it’s also home to an incredible intensity of life, an extravaganza of penguins and seals and whales. What’s more, they’re so unaccustomed to seeing humans, that they simply don’t fear them. You can watch thousands of pairs of nesting penguins pose and preen for visitors, while their squawks pierce the silence. You can gape at humpback whales, those showoff acrobats of the deep, as they explode out of the sea. You can listen for the distinctive high-pitched clicks of playful orcas and admire lumbering seals sunbathing on the endless ice. And you can add a variety of terns, petrels, and soaring albatrosses to your life list. 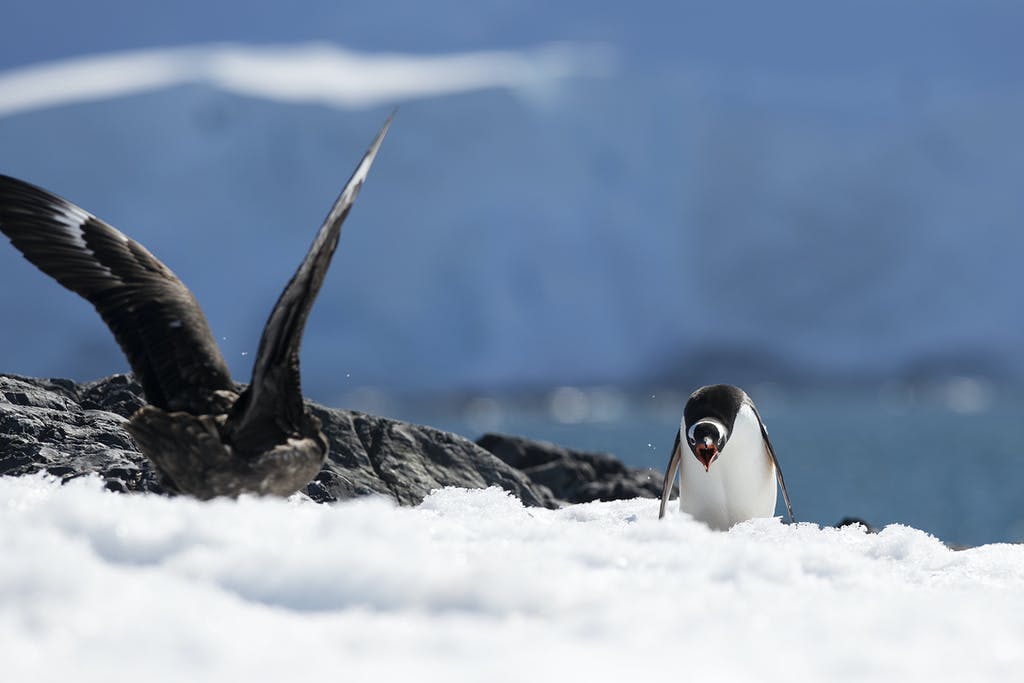 Finally, it’s a once-in-a-lifetime adventure like no other. Only 56,000 people get to visit each year, which gives it a unique mystique unmatched anywhere else on Earth. You become part of an exclusive club, which lets you to live out your exploration fantasies inspired by such polar legends as Ernest Shackleton, Robert Scott, and Roald Amundsen. Through their daring exploits, these icons famously risked their lives to forge a path into the unknown. While latter-day adventurers don’t face the same existential challenges, an Antarctic voyage can feel authentically pioneering because it’s still so rare. And when you’re out on the water kayaking amid incandescent icebergs or when you’re trekking up a snowy slope, you can easily imagine you’re discovering a whole new world.

But not all Antarctica expedition voyages are created equal. Want to know which itinerary best fits your travel style? Read on for everything you absolutely need to know about planning a great cruise to Antarctica. 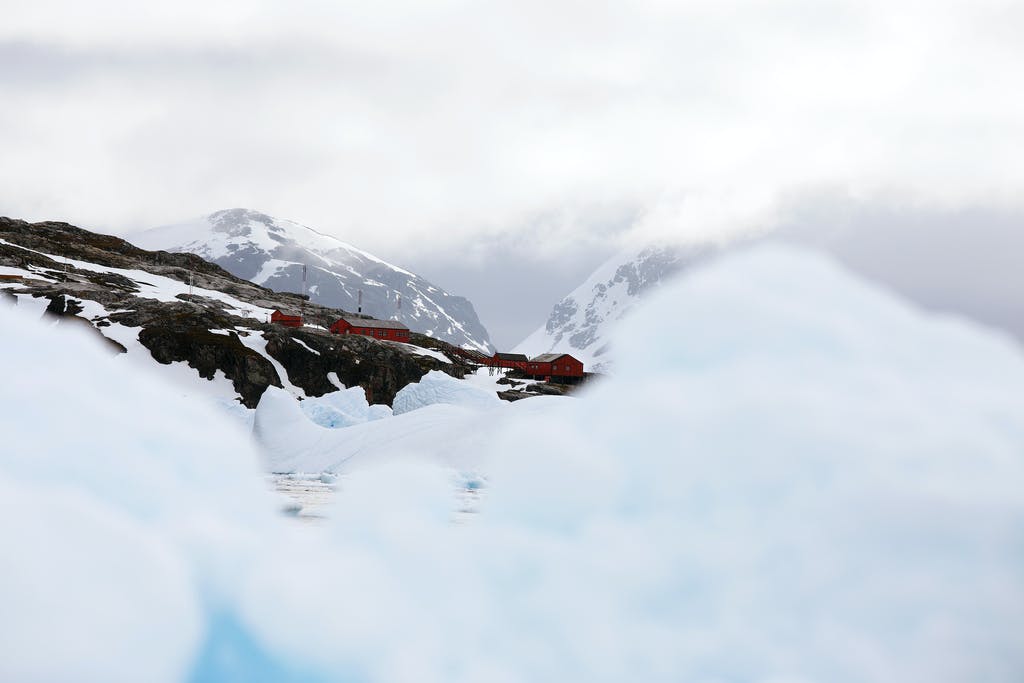 In a Nutshell: This is the Antarctica voyage you’ve probably heard about.

What You’ll See: This classic Antarctic voyage departs from the Argentine port of Ushuaia, the southernmost city in the world, and Chile’s Puerto Williams for itineraries on Silver Explorer. After crossing the infamous Drake Passage — the body of water between Cape Horn and the Antarctic continent that’s considered the roughest sea on earth — the journey makes a circuit to the Antarctic Sound, the Antarctic Peninsula, and the South Shetland Islands. Because Antarctica is so unpredictable, the elements — wind, weather, and ice — dictate the daily itinerary. Just as weather can change day by day if not hour by hour, so, too, the individual stops can change as you go.

First up is the Antarctic Sound at the far northern end of the Antarctic Peninsula. Prepare to be wowed by massive tabular icebergs, which tower hundreds of feet above the sea like whitewashed skyscrapers.

Next, you’ll visit the Antarctic Peninsula and South Shetlands. No matter your actual route, they offer enough dazzling landscapes and wondrous wildlife to fill your Insta feed for a lifetime. Not to mention ancient whaling stations, historical “heritage huts,” and international research bases. You’ll visit islands overrun with colonies of gentoo, Adélie, or chinstrap penguins and scattered with hulking seals and sea lions. Or bays where you can catch humpbacks performing their primordial ocean rituals. Or an eerie one time whaling island called Deception, which is an active volcano that erupted as recently as 1970. Hop aboard daily Zodiac excursions led by naturalist experts to cruise these waters and explore these shores. After you depart, it may take months before you can wipe the smile from your face.

Choose Your Cruise: Silversea’s 240-guest Silver Cloud offers a 10-night trip that spotlights penguins; travelers observe species like the Gentoo, Chinstrap, and Adelie penguins. The 18-night trip adds South Georgia stops to the itinerary and spotlights seven species, including the Rock Hopper, Gentoo, Macaroni, King Penguin and Magellanic. The longer voyage also visits the Falkland Islands, known for the black browed albatross and Rockhopper penguins jumping off the cliff into the water.

South Georgia and the Falkland Islands: Exploring Beyond the Continent 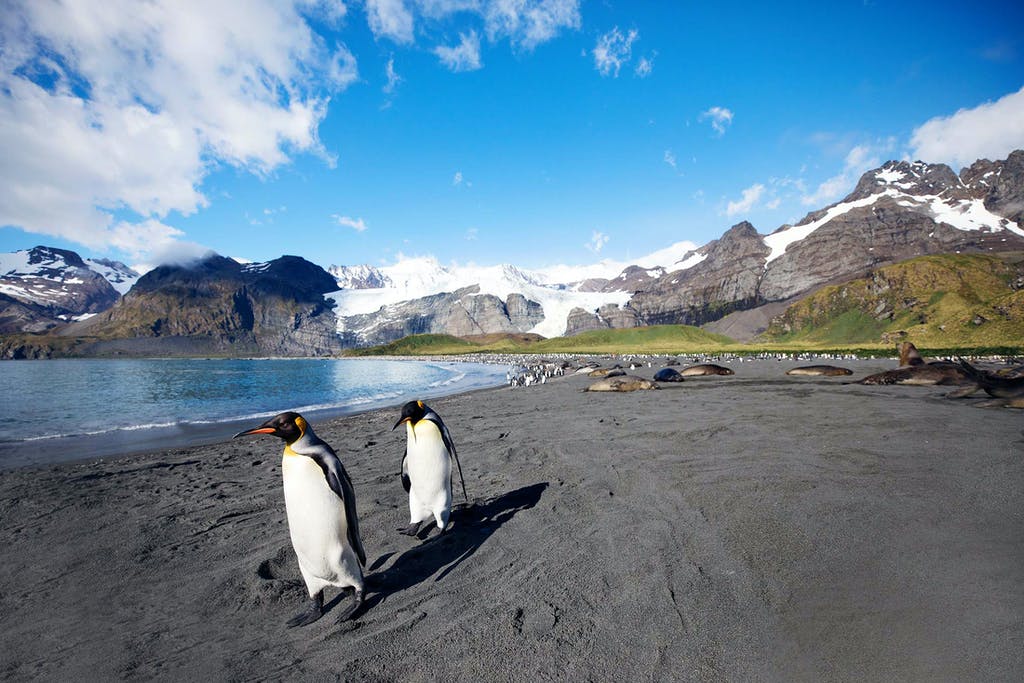 In a Nutshell: South Georgia Island, the Galapagos of Antarctica, and a chance to walk in the shoes of legendary British explorer Ernest Shackleton.

What You’ll See: Inspired by the adventures of Shackleton? You can walk in the footsteps of the legendary British explorer by extending your Antarctic Peninsula itinerary to include South Georgia Island, where he and the crew of the Endurance were saved after his ill-fated 1914-1916 expedition. Visit the museum that commemorates that fabled mission and the memorial that marks Shackleton’s final resting place. And marvel at his unmatched tenacity in saving every member of his team after being shipwrecked for 18 months.

This overseas territory of the UK in the South Atlantic Ocean, once a renowned whaling station, offers even more. Located halfway between the southeast coast of Argentina and the Antarctic continent, South Georgia shelters eye-popping numbers of breeding penguins and seals. Take the 450,000 pairs of king penguins, which strut and preen as if to show off their distinctive yellow and orange head colorings. The colony on South Georgia boasts the largest nursery of baby kings on the planet. Or the 1.1 million pairs of macaroni penguins, the largest population in the world, with their look-at-me yellow forehead crests. Not to mention thriving colonies of gentoo and chinstrap penguins, the latter so endearing with their distinctive chin markings resembling perpetual smiles.

Beyond penguins, South Georgia is home to the sedan-sized southern elephant seal, the largest seal species in the world; Antarctic fur seals; and the wandering albatross, which glides majestically on frequent gusts of wind. At the height of breeding season, South Georgia is believed to have more wildlife per square foot than anywhere else on earth! No wonder this mountainous, fjord-laced island, marked by sharp, 9,000-foot peaks and 160 glaciers, is considered “the Galapagos of the Poles.”

Choose this Cruise: Voyages vary in length and ports of call. A 16-day, November 2021 cruise on Silversea’s Silver Cloud also takes in the Falkland Islands and combines the peninsula with South Georgia. A December 2021 holiday voyage on Silver Cloud lasts 18 days and visits South Georgia, the peninsula and the Falkland Islands.

In a Nutshell: Pressed for time? Not a fan of the “Drake Shake” experience?

What You’ll See: The great majority of voyages to Antarctica require ships to navigate through the Drake Passage from Argentina’s Ushuaia to the last continent. For some travelers, that requires a traverse through oft-rough seas. Even if the Drake Passage is mirror-calm, the route also adds four days onto any Antarctica cruise and if time for getaways is limited, there’s a solution.

Antarctica Bridge is a totally new itinerary, with voyages to February 2023 that eliminates the Drake Passage experience. This fast track to Antarctica begins in Punta Arenas, Chile, with a flight to King George Island, the largest of the South Shetland Islands, bypassing the sea crossing in business class comfort in just an hour and a half. By saving those four days at sea, they can spend them exploring Antarctica instead.

The arrival on an Antarctic Airways specially adapted plane can be spectacular as the frozen continent comes into view. After landing on a gravel runway, you deplane fully dressed in parka and rubber boots and ready for your Antarctic adventure. And just think: You’ll be part of only a few thousand people in the world who fly to Antarctica each year. Talk about bragging rights!

Choose This Cruise: The 144-guest Silver Explorer offers 6 day itineraries that fly directly from South America to the Antarctica Peninsula. In addition to its late 2021 cruises, Antarctica Bridge itineraries will be offered in December 2022 and January 2023.

Silversea gets you there in luxury and offers various itneraries that will work for everyone.

Sphera Travel would love to help your group travel to Antarctica.

Schedule a “Quick Hello” call with us today, and we will find the perfect time for you to visit this breathtaking destination. 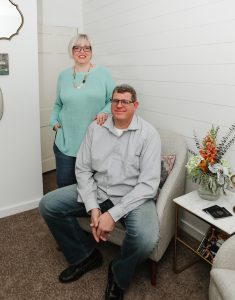 Our love of family inspired the name of our company.

That is who we are.

We can't wait to help you to enjoy DISCOVERING THE WORLD TOGETHER!